Bill and Kris Parsons, a husband and wife team of paleontologists, from the Buffalo Museum of Science in New York have discovered a new species of dinosaur. They spotted the dinosaur’s skull in 1997 on the surface of a hillside in Montana. The next few years were spent retrieving the skull, skin plates, rib fragments, a vertebra and a possible limb bone. Belonging to the group Ankylosaur, this herbivorous dinosaur probably looked like one of nature’s armored tanks as it walked on all four’s with its body covered in bony armor. It had two sets of horns; one around the eyes and one on the cheeks, plus it had thickened areas around the nasal region as well as two thick domes at the back of the skull. “These were big dinosaur versions of a Sherman tank,” Bill Parsons said. “They were armored and they withstood whatever came at them, and they just kept going.” Parsons believes the beast had thousands of bony plates with spikes covering its body as well as a clubbed tail for further defense.

The dinosaur, now named Tatankacephalus cooneyorum, was about 15 to 20 feet in length and is believed to have lived 112 million years ago. It probably defended itself from large predators by flattening itself on the ground with the head drawn in where head horns could protect it from neck bites. The tail would have been used to retaliate against its bi-pedal attackers, big or small. “If you hit a tyrannosaur or any big meat-eater in the knee or leg and you cripple one leg with the hit of a tail club, I have a feeling it has a few minutes before it topples over and its friends start eating it,” Bill Parsons told LiveScience. 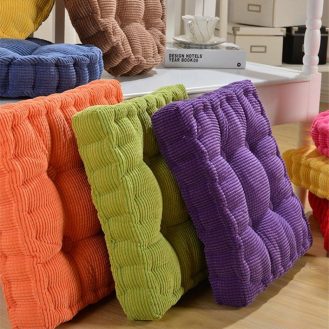 How Long Do Seat Cushions Last?

This is a question many people have. It all depends on how you’re using the seat cushions. For instance, if they are on a boat…

Do You Need to Hire a Dental Attorney?

Blog submitted by Dane Levy Attorney of www.Dentalmal.com. When you need a dental malpractice attorney in California, please call Dane Levy for assistance. With so…

Why Do Consumers Write Bad Reviews?

Article provided by Revdex.com A new survey has been published about online reviews. It shows that 90% of people who write reviews do so to…

Blog provided by San Juan PM One of the biggest draws for tourists visiting the San Juan Islands is the striking, exotic local wildlife that…

The Universe of Abundance and Positive Energy

Cosmic Energy is all around us. Everything in the universe is made up of this and each item has its own unique frequency. We live…